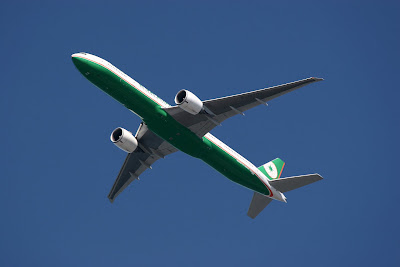 Not there yet! Eva either had to go around because of an unstable approach or they were sent around by ATC. 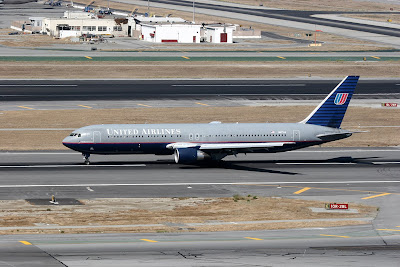 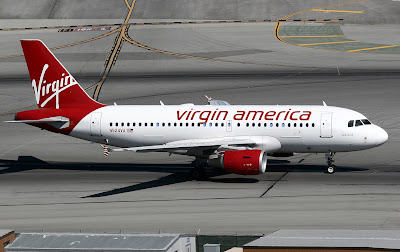 N524VA, "dark horse" taxies in past the Terminal 2 construction area. 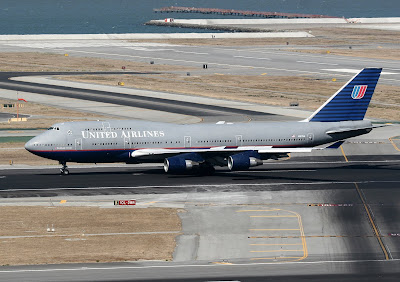 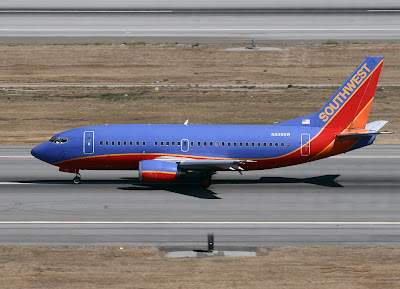 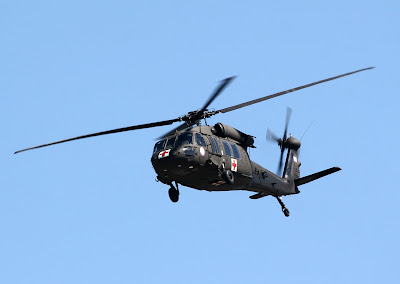 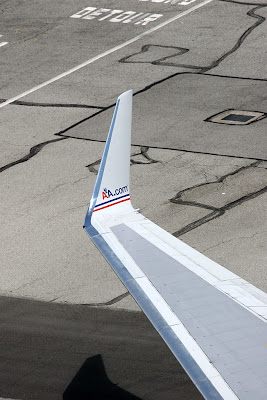 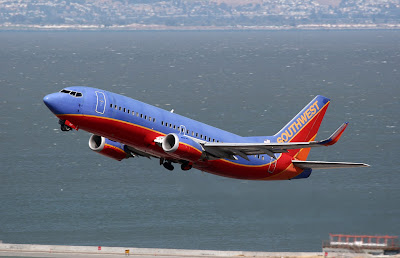 Southwest gets on with the business of airlining!
Gear up by 200 feet.... 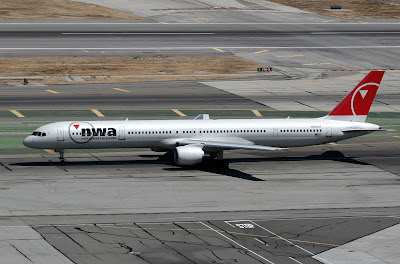 You won't see this livery much longer....
Northwest has merged with Delta Airlines so all the NWA aircraft will be painted in the Delta color scheme. You can tell by the N-number if an aircraft was formerly NWA. This one is N584NW. 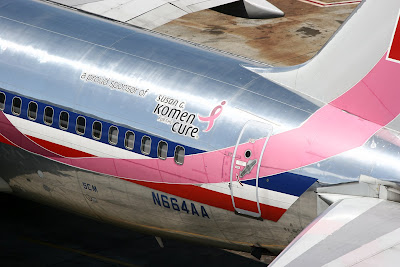 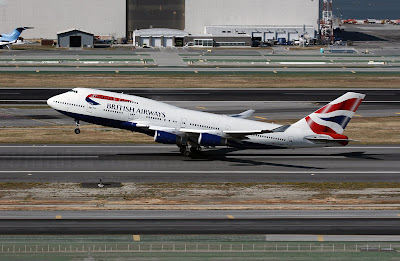 One of the two daily Speedbirds taking off on RY28L for London's Heathrow Airport. 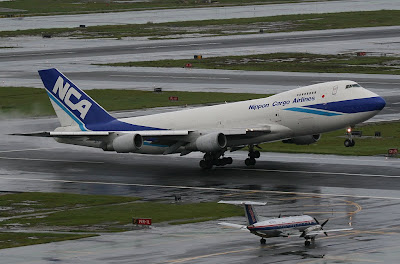 Southeastplan
On a rainy day in February. The rainshowers have just ended and as the front passes the winds are turning from Southeast to South and then on to Southwest. For a brief period of time even the heavy 747s are departing RY19R. Nippon Cargo is pretty light for a short flight to LAX. A runway change is already in progress as Skywest holds short of RY19R on their way to RY28L. The Brasilia pilots get a front row seat for a thrilling view of NCA's takeoff... 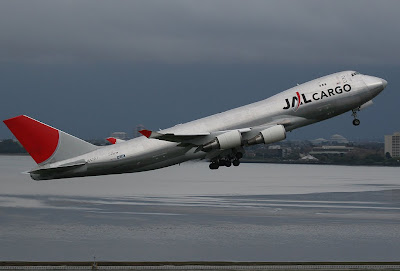 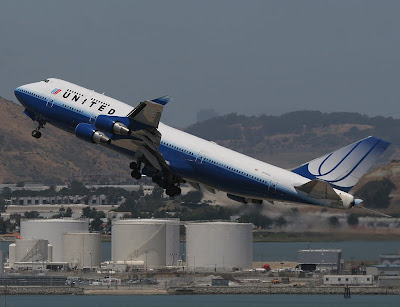 Shoreline One Departure.
One of the most awesome sights at SFO is a 747 flying the Shoreline Departure!
Especially when they start the turn as soon as possible... 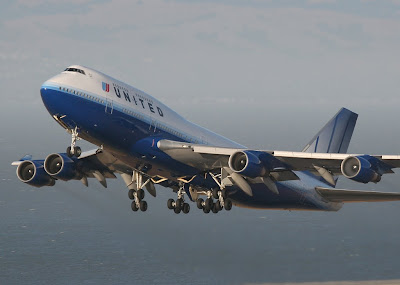 Ferry flight to LAX.
United needed a 747 down in LAX and they had an extra one up here at SFO. This 747-400 took off from RY28L with only the two pilots and a very light load of fuel on board. They used less runway for takeoff than a twin Cessna would!
Posted by Keith W at 7:26 AM No comments: 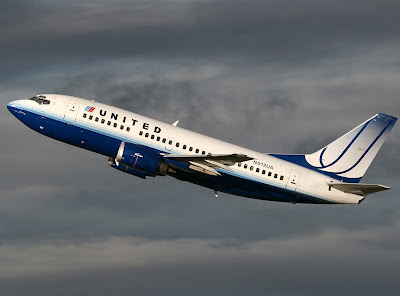 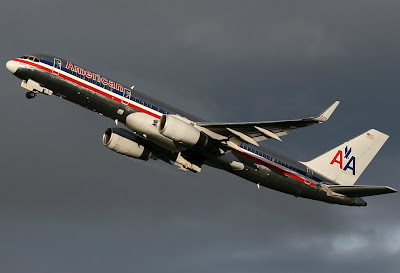 Climbing off runway 28 into an afternoon Winter sky. The light in Winter is just great for photography. When it rains in the Bay Area the winds blow out of the South. As the front passes through the rain ends and the wind shifts to the West. SFO usually changes to a landing and departing RYs28 operation and if I can get a break its a great time for me to go outside with my camera....
Posted by Keith W at 10:33 PM No comments: 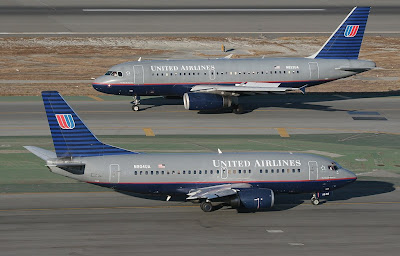 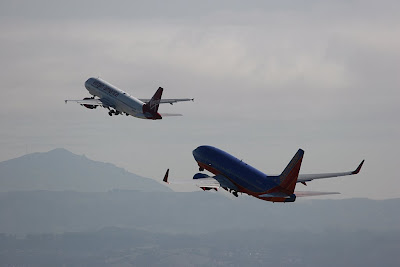 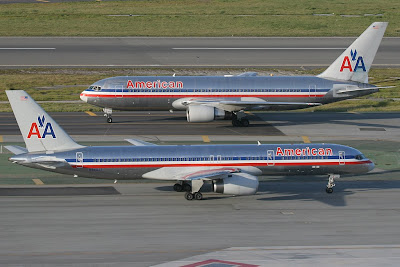 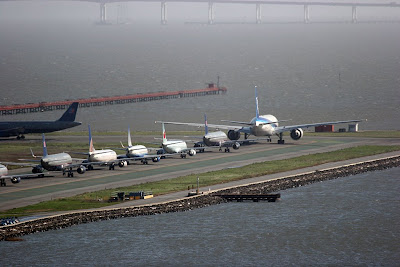 Wanting to go....
A long lineup of jetliners wait for their turn to depart on a windy day at KSFO. 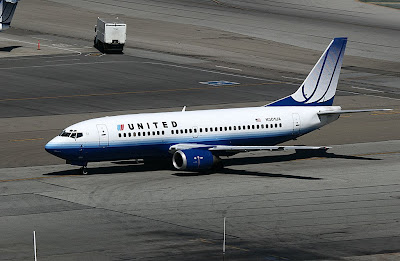 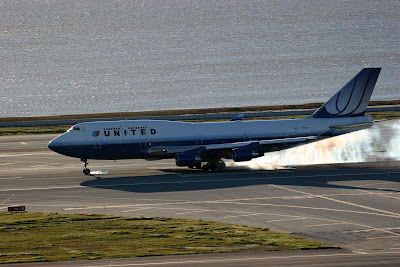