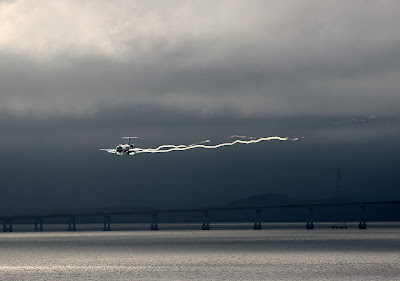 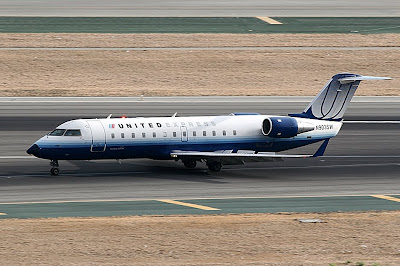 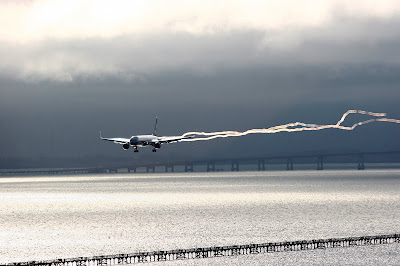 When atmospheric conditions are just right the aircraft can make really long contrails.
Here we had just enough sunlight peeking through the marine layer to light up the contrails. 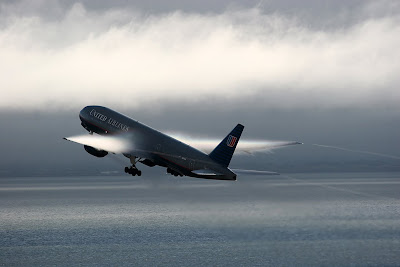 On Monday night the QANTAS flight to Sydney had an engine blow up about an hour after taking off from KSFO. The B747 returned safely to San Francisco, flying with 3 engines operating.
On Wednesday the QANTAS flight arrived carrying a replacement engine under the port wing. 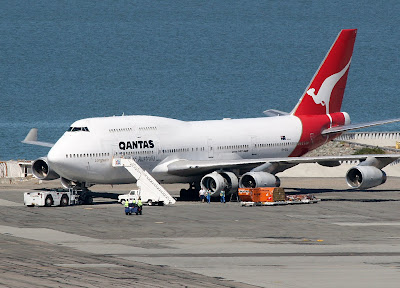 The B747 which ferried the new engine to SFO from Sydney was towed to the Superbay.
It took only a couple of hours for mechanics to remove the engine from the ferry aircraft for installation on the plane from Monday's flight.
(It was a hot day at SFO as you can see from the heat haze in the above photo.) 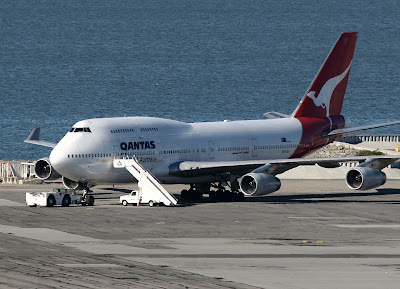 The ferry B747 is ready to go back to the gate to prepare for Wednesday's flight back to Sydney.
Posted by Keith W at 1:44 PM 1 comment: